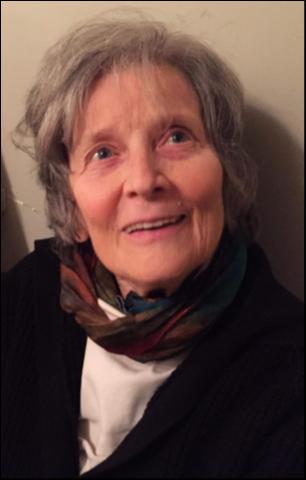 Beautiful, talented and much loved by many, Jane Bréhaut Leduc (née Saunders)  left us on Wednesday, September 9th, 2020, after a short illness. Born in Toronto, Jane  was the beloved daughter of the late Dyce C. Saunders and Sybil Audrey Smith, and adored sister to the late Martha Moore (Kit Moore) and Tom Saunders (Ingrid). Jane married the late Pierre Leduc and had two children, Aimée Leduc (Jan-Marc Côté) and Jean-Pierre Leduc (Fredy Calvete), who adored their mother. Jane was truly one-of-a-kind and will be profoundly missed by her many friends and relatives. “Aunt Jane” was cherished by her nephews and nieces Graeme Moore (Maybel); David Moore (Jen) and their respective children Lily, Audrey, Alex and Katie; Jennie Moore (Jake); and Christine Kreis-Saunders (Cedric), and their daughters Zoe, Lielle & Vivienne.

A graduate of BSS and Trinity College, University of Toronto, Jane followed her theatre instincts to eventually work as an actress in theatre and radio, and also as a noted voice actor, a vocation at which she particularly excelled. In her 40s, Jane earned a teaching certificate and a degree in education. She taught first in the Toronto public school system, and later as an ESL teacher.

Jane’s love of music, theatre and the arts in general knew no bounds. She was a voracious reader, and was widely-travelled, having lived in such cities as Paris and Rome, in addition to Montreal and Toronto.

Jane was unfailingly kind, thoughtful, clever, loyal, funny, and always stimulating. She will be missed by her many friends and especially her family who adored her.

Messages for the Family of Leduc (née Saunders), Jane

My beautiful Aunt Jane was a loving, spirited woman. Full of talent and verve. She was always a delight to be with and she is dearly missed. I send my love and condolences for Jean and Aimee🙏💖
From: Oscar ramos

Jean-Pierre and Aimee,
I am very sorry to hear of cousin Jane's passing and wish you both the courage and strength to face this difficult time. Jane was a very special lady and we shared many happy times as we grew up together.....our family homes were only a short four blocks apart.
My wife, Val, and I send you our condolences and good wishes; I know I speak for my brother, Patrick, and his wife, Carol, as well.
Cheers, Adam
From: Larry Beckwith

I have fond memories of this wonderful lady from a few shows that we worked on together at the Alumnae Theatre in Toronto in the early to mid 80s. Wicked sense of humour, deeply compassionate and keenly observant. Condolences to her family.