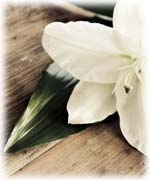 With great sadness as a family, we announce the death of Graham Duncan Elvidge on April 3, 2021 one month shy of his 84th birthday. He passed away peacefully at 2:15 in the afternoon, surrounded by his family, in the care home he had lived at for almost 3 years. Graham was an amazing husband to Marcy and adoring father to Jennifer and Andrew. He was also a wonderful grandaddy to Matthew, Nicholas, and Jackson Gibson, and Michael and Erin Elvidge. He was Uncle Graham to Eric, Diana, Mark (deceased), Anne Marie, Francine, Karen (Gary), Glenn (Laurie), Mark (Jodie) and Joanne (Alex). He was cousin to Patti Elvidge.  He will be dearly missed by his sister in law Susan.

He was predeceased by his parents Myrne (Sharpe) and Raymond Elvidge, his brother Ross and followed in his big sister Valerie’s footsteps 2 weeks after her passing. They are all reunited again now.

He was a loving and caring husband to Marcy for almost 60 years. An early retirement allowed them to travel widely. They took the road less travelled on their annual drives down to Florida, exploring new routes and towns along the way. They travelled with sister Susie on jaunts to the likes of California and Antigua, and visited friends in England and Spain.

Gray was so well loved by everyone he met. He had a great sense of humour, even making the care givers at Vigi laugh while helping him. To the ladies he was a gentlemen and to his many friends he was a kind and loving being. He loved to debate with Gwen, spend time at the cottages with Stuart, play golf with Paddy, have a drink with Jack, or a chat with Bob.

He did volunteer work at Big Brothers (where donations can be made), and Meals on Wheels. He spoke so passionately of his time lifeguarding at the Cripple Children’s camp at Lake Massawippi, and he loved acting in the Morin Heights theatre.

One of his biggest legacies is the life he and Marcy created at Blue Hills. Building a cottage together and spending all holidays there enabled Jenny and Drew to become the nature lovers they are today.

Gratitude to all staff and volunteers at Queen Elizabeth Vigi who took great care of Graham.

A private celebration for immediate family will be held at Blue Hills this weekend, including his 5 grandkids.

He will be missed by all.