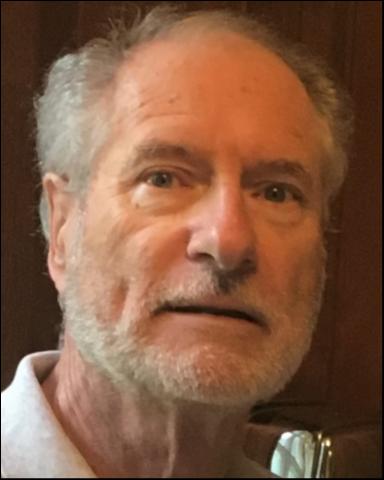 In loving memory of Robert (Bob) Cochrane who passed away peacefully in Montreal following his long struggle with colorectal cancer: Predeceased by his parents Robert and Christina (Foote), sister Joan Gibson and brother Ranald, he leaves to mourn his beloved wife Rosemary (Tabisz), sons James (Trudelle Hopley) and Geoffrey (Anita Butani), daughter Catherine (Peter Lyne), and grandsons Donavan, Dominic, Aiden, Kaylan and Devan. He is also survived by his brothers Kenneth and Christopher (Elizabeth Pauksens) and many nieces and nephews.

Born in 1940 in Toronto, ON, Bob graduated from St. Michael’s College School, before earning both Masters (1965) and PhD (1969) degrees in Physics from the University of Toronto. Married in 1964, Bob and Rosemary raised three children through graduate school days and later post-doctoral studies at Yale University. The family moved to Montreal in 1971, becoming inveterate Montrealers from Day One.

Initially engaged in research at McGill University, Bob moved to l’Université de Montréal in 1979, attaining full professorship (Professeur titulaire) in 1988. He co-authored many important and oft-cited papers and collaborated with physicists across Canada, United States and around the world. He was instrumental in securing substantial annual grants for Le Regroupement québécois sur les matériaux de pointe (RQMP), a network of three university research centres (Montréal/Polytechnique, McGill and Sherbrooke). In academia and closer to home, in parishes, schools and community organizations, he served on countless committees. He retired in 2005; in 2007, NanoQuébec awarded him the first ever Prix Reconnaissance Nano.

Junior Champion at St. George’s Golf Club in Toronto in 1961, Bob remained a keen and avid golfer his entire life, even serving three years on the Handicap Advisory Committee to the Royal Canadian Golf Association (now Golf Canada). In retirement, he played regularly with family and close friends. Together Bob and Rosemary took in plays at Segal Centre and Centaur Theatre and, along with the rest of the family, enjoyed summer vacations on Lake Memphremagog.

Grateful thanks is extended to the Oncology Department staff, St. Mary’s Hospital, for their care of Bob throughout his illness. In keeping with current capacity and travel restrictions, a private Mass took place on May 8, 2021 at St. Ignatius of Loyola Parish.

In lieu of flowers, the family suggests a donation in honour of Robert Cochrane to:

Messages for the Family of Cochrane, Robert

Dear Rosemary,
I was so sorry to hear of your husband's passing. I still remember the evening the two of you came to dinner in my little rented apartment and also a few of Bob's insightful or humorous observations that you shared while we were working in the office at Concordia. My prayers are with you, Jim, Geoffrey, and Catherine at this very sad time.
From: Marius D’Amboise