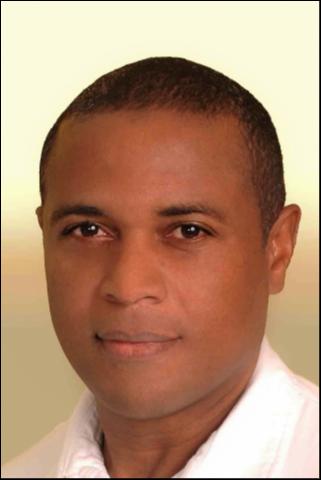 With the deepest sorrow, we announce that Rohan Russell, age 60, our most beloved father, son, brother, family member, and friend passed suddenly on Tuesday, November 2, 2021, while in the hospital.

Those who knew Rohan, even just a little, lost a shining light in their lives.

We know Rohan is now with his grandparents, Mattina and Joseph Simmonds, his uncle Harry Simmonds and is loved here on earth, as well as in heaven.

Please join us for a memorial service to celebrate the life of Rohan. We will gather together on November 14, 2021, at 1 pm at Kane & Fetterly Funeral Service (5301 Decarie) to remember this wonderful man who will be greatly missed. Please bring your fondest memories of Rohan to share with family and friends.

We LOVE and MISS you so much Rohan.

Messages for the Family of Russell, Rohan

To the Rohan family;
It is a great loss that Rohan had to leave at such a young age. I worked with Rohan the whole time that he was here working at Kaba. I remember him as being sincerely warm hearted.
I firmly believe that if a person has known life, love and laughter that they have had a full life. Rohan wasn't finished living, loving and laughing. He will be missed.

I will always Cherish our Memories Growing up From Kids To the Time we Migrate to America (myself and Sister.)You Rohan to Canada. We lost contact for awhile. But reconnect you was my Best man @ my wedding in California.. 2 much 2 mentioned. I will always ❤️you my Bff until we meet again. In that Promise Land. R.I.P.💔😪🇯🇲🇯🇲👑😎🙏🏾
From: Jamie Kerr

I worked very closely with Rohan at Kaba. We developed a friendship and remained in touch after we both moved on to other companies. I am very saddened by his passing, and I extend my deepest condolences to his family and friends.
From: Hosman Zepeda

I want to send my Condolences to a my friend for life Melanie and her family. Rohan is known to me as a kind soul. As a teenager he always made sure we were all good. I remember him working out and always being pleasant. I never ever seem him mad or ever say unkind word. He will be missed.